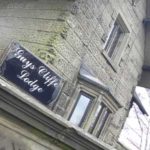 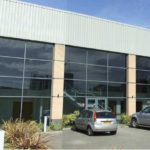 Coventry and Warwickshire based architects, Vagdia and Holmes, have been recognised with an Award at last month’s West Midlands Built Environment Hub Constructing Excellence Awards.

The regional company, Vagdia and Holmes, Chartered Architects, entered into four categories at the prestigious Celebrating Construction Awards for 2014, and were delighted to have been crowned Winners in the Heritage Category, sponsored by Balfour Beatty Mansell Homes.

The Practice has been run since 2007 by Directors Dhiran Vagdia and Kenneth Holmes, and hosts a rich history of serving Church Clients, community groups, third sector Trusts, Public and Private Sector Clients, now for over forty-five years.

The Practice were up against the best in the West Midlands for the highly sought-after awards, and the evening attracted over 600 guests, and 35% more entries from Industry leaders than the previous year.

Vagdia and Holmes entered four Award categories in total, including Heritage, Integration and Collaborative Working, The Legacy Award for Sustainability, and Value.

– A new Annexe and Community Rooms facility at Stratford Upon Avon Methodist Church (Value and The Legacy Award),

Director, Dhiran Vagdia, whose Practice projects were shortlisted for the Awards in 2011 and 2012, said;

“We are delighted to have been recognised for our contribution.   During a time when the Industry is fluctuating at great rates, public spending remains low, and unsustainable low profit margins, it is great that we have Clients will to commit to architectural excellence”.

Having now won in the Heritage Category, Vagdia and Holmes will be automatically submitted for the National Constructing Excellence Awards, where the West Midlands offerings go up against the best nationwide.