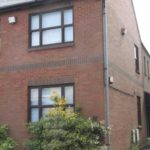 Do you need a Change of Use? 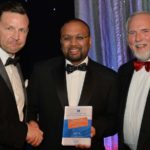 Guy’s Cliffe House and grounds are a historically significant site.  It has been occupied since Saxon times, and derives its name from the legendary Guy of Warwick.

Guy is supposed to have retired to a hermitage on this site, this legend led to the founding of a Chantry.  The Chantry was established in 1423 as the Chapel of St Mary Magdelene,  and the rock-carved stables and storehouses still remain.

After the Dissolution of the Monasteries by Henry VIII, the site passed into private hands.  The house dates from 1751 and was started by Samuel Greatheed, a West India merchant and Member of Parliament for Coventry 1747-1761.

At the entrance to Guy’s Cliffe House sits Guy’s Cliffe Cottage, originally built in 1831 as a house for the grounds’ caretaker.  The condition of this building had deteriorated over time, and in 2012, the Trustees of Guy’s Cliffe Masonic Rooms Ltd approached Vagdia and Holmes, Chartered Architects, with a view to refurbishing the historical Cottage, and bringing it up to a suitable standard for occupation by a newly appointed Caretaker.

The Cottage underwent a complete refurbishment programme to all rooms, including the fitting of new a kitchen and bathroom facilities, new metal framed energy efficient windows, and a series of delicate stone masonry repairs.

The restoration project fulfilled the necessary historic conservation requirements, and also satisfied the Trustees of Guy’s Cliffe Masonic Rooms Ltd, ultimately, by making this significant Cottage a usable, and functional building once again.

Guy’s Cliffe Masonic Properties and Rooms are grateful to Messrs Vagdia and Holmes for their participation in the refurbishment of the Lodge Cottage, in particular obtaining Listed Building Consent for replacement of all windows and organizing interior and exterior maintenance where necessary. Secretary GCM Rooms (2013).